First off I wanted to thank all of you that have already contributed so far, we are barely 24 hours into the Patreon and have already achieved the first goal, so I have high hopes for the future.

Yesterday we revealed the new look and launcher our Patreon, which is all great, but it’s time to talk about Grimdark Future now. 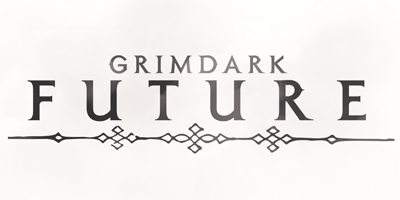 Grimdark Future is the latest edition of our squad-based sci-fi wargame, and brings a whole new set of features to the table. We have been working on this evolution for a long time now, and we think it serves as the foundation of our wargaming future.

In order to make this new release “future proof”, some things had to change however. This wasn’t easy, and we tried to keep as many of the old systems as possible, but it was necessary to ensure that this edition will stand the test of time.

The biggest change was to move from having only 1 unit stat (Quality) to having 2 unit stats (Quality and Defense). By giving units one extra stat we are able to add a lot more depth to the game, without increasing its complexity.

Additionally we now use roll modifiers in order to account for things such as cover or piercing attacks. This again allows us to add depth without increasing complexity.

Whilst this change might seem small, it actually decreases the amount of rolls needed in certain situations from 4-5 to just 2 rolls, whilst also keeping things consistent. First you roll to hit, then you roll to wound. That’s it!

That’s the biggest thing players are going to have to get used to, however we have also made small changes here and there which improve on the last edition of the rules. Here is a list of important changes:

Outside of these gameplay changes we have also changed the way the rulebook is structured.

The army lists now come separate from the main rules so that we could introduce a short introduction to each army’s background story and a couple of strategy tips to play the army.

Hopefully this will give players a better idea of what models to use for their army, as well as give them a rough idea of what to expect from each army.

As you may have noticed, the game only launched with 8 armies and the basic game rules, but don’t worry as this isn’t the end.

Over the coming weeks we are going to be re-releasing some of the old favorites again (adapted to the new edition) as well as adding a couple of brand new armies.

As for the beginner’s guide and the other armies (ww2/modern), we are looking into re-releasing something similar in the future, however we haven’t fully planned it out yet. Once we get close to a final release we will let you know.

We hope that this post has shed some light on our thoughts behind the new edition and that you enjoyed reading it. If you have any questions or see anything wrong (grammar mistakes, missing units, etc.) please let us know!