This week we have yet again another update that is packed with lots of new content for you, from big announcements to new miniatures, armies, game updates and more..

Brace yourselves peeps, because the OPR Game Jam 2020 is actually happening!

There is no winner or prize, it’s all just for fun!

We really want to make this something special, and the more people join the better, so spread the news wherever you can and let’s make miniature game jams a thing. :D

Last month we released some mighty Dwarf Lords, so this month it’s time for us to release troops that they can lead into battle!

These models were made in collaboration with Kyoushuneko Miniatures, check out the Patreon here: https://www.patreon.com/kyoushuneko_miniatures

The Dwarves are known across Tyria for their prowess in battle and lack of fear when faced with enemies twice their height, and these warriors are rightly respected by their enemies. These models are modular and come with 5 different head designs, 5 different body designs, 3 different weapons and a shield.

Note that you must be a Tier 3 patron to access to the link above.

These models are going to be available exclusively on Patreon until the 29th of April, after which they will go up for sale on our CGTrader store at a higher price.

Machine Cult Defilers are a twisted faction of humans that have fused with machines to become brain-dead killers that know no mercy. They wage war to serve their machine-gods in their quest to eradicate the Sirius sector of all biological life.

This army was made in collaboration with The Makers Cult, check out the Patreon here: https://www.patreon.com/themakerscult

We’ve also used this update as a chance to review the Feudal Guard army, adding some new units and re-working from of the existing ones to be more in line with the HDF.

Today we have just a small update to the tournament guides, as well as a couple of small army updates for Grimdark Future.

To combat quarantine loneliness and lack of wargaming we started a Grimdark Future community campaign on the forum: The Battle for Tarkanis.

The campaign is open for anyone to join, and we use the forum thread to track armies, share battle reports and more. You can take part in the campaign from home or play with us online using our Discord  server and Roll20  tables.

The campaign is played using the Grimdark Future Campaign Rules, and it will run for 2 weeks until the 26th of April, after which we see who wins! 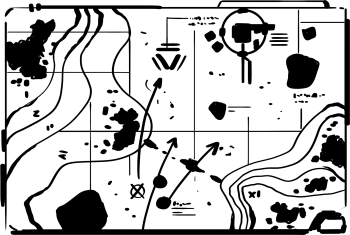 AoFS Solo Battle Report
Been a while since we last shared a battle report, so here is a new Age of Fantasy Skirmish solo battle report by Sad and Lonely Gamer, this time featuring a brutal 250pts battle of Sky-City Dwarves vs Disciples of War.

That’s it for today, make sure to sign up for the game jam and tell everyone about it, and we hope you enjoy the new miniatures and armies too. :)