In today’s update we’re bringing you three brand new fantasy armies, some changes to the campaign rules, a couple of quickplay armies, as well as previews for what models we’re going to be releasing in May.

Before we begin we’d like to remind everyone that the first ever global game jam for miniature games is going to happen next weekend (8th of May to 10th of May)!

This will be a 48hr game making marathon, focused on creating one-page miniatures games. Anyone will be able to submit a game, and you can work alone or in teams.

When the jam is over everyone will be able to judge the games, and then we will highlight a few of our favourite games on the OPR website.

The theme will be revealed on the day of the jam, so make sure to sign up now and keep your eyes peeled so that you can get creating straight away!

Halflings are tiny humanoids even smaller than dwarves, and one of the most ancient races found in Tyria. Even though they might not look like strong warriors, they make up for their small size in luck and courage, so don’t underestimate them.

This army was inspired by the super cool models released as part of the TTCombat KS, as well as miniatures from other manufacturers available online.

Havoc Dwarves are a faction of dwarves that have been corrupted by the havoc gods, and are now systematically razing one city after the next. Their bodies are covered in heavy armor sealed by the power of havoc, making them able to withstand even the mightiest of blows.

This army has been requested by fans for a long time and was inspired by the Mantic Abyssal Dwarves, as well as the FW Legions of Azgorh.

Shadow Stalkers are elusive and nightmarish horrors that warp into being seemingly out of nowhere and haunt small villages all across of Tyria. Nothing is known about them except that they usually strike at night, and that their armies are lead by mighty pumpkin-head kings.

This army was inspired by the spooky Mantic Nightstalkers models, which feature everything from pumpkin-head scarecrows to cthulu-like monsters.

After taking part in the recent Grimdark Future community campaign we’ve gone ahead and updated the Campaign Rules based on some of the feedback we got.

Miniature Releases for May

Now that April has come to an end we’re ready to give you an update on what miniatures are going to be released on Patreon this May.

None of these models are fully ready yet, but we’re planning on making 1-2 releases per week so that we can get them in your hands ASAP. :D

Quickplay Armies are pre-made army lists designed to be ready to play out of the box, without the need to count point costs or create your own lists. They are the perfect thing to dip your toes into new armies and see if you like them!

This month we started releasing 2D print models, which were all put together with some army lists in mind, however we never shared those with you, which was dumb…

Finally we’ve made new t-shirts featuring the GF: Firefight and AoF: Skirmish cover art available in our Mech Store, so get yourself one to show your support ! 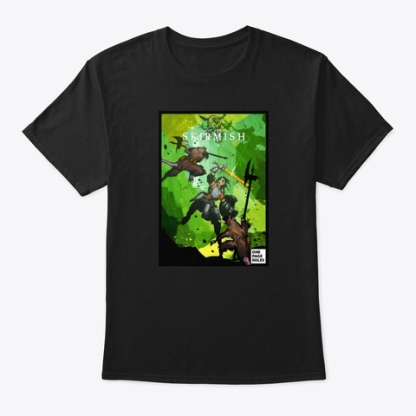 That’s it for today, lots of cool stuff! Make sure to sign up for the OPR Game Jam and spread the word so we can get as many cool games as possible. :)