Today we’re going to be highlighting a couple of cool games from the game jam, and we’ve also got some new 3D print and 2D paper models for you. Oh, and a little teaser at the end…

This year’s game jam was a great success, with 65 participants creating 23 awesome games, we couldn’t be happier with how it turned out (especially for a first try)!

Now that everyone has had a chance to check out and rate the various games, we wanted to highlight a couple of them that we found particularly interesting. These are not the “best” games or the “winners” of the jam, but simply some of the games that sparked our imagination.

You can check out the top rated games by the community here: https://itch.io/jam/oprgj2020/results

Now then, let’s get on with it!

The Night of the Hunt by Joe Fonseca

The Night of the Hunt is really interesting because it takes the concept of asymmetric design and really runs with it, whilst also remaining enough in familiar territory that it’s really intuitive to play. Since this was the top rated game of the jam we’ll be diving deep into what makes it so awesome. :D

One player takes the role of the monster, a single powerful entity set out to cause mayhem in town, whilst the other player controls a group of hunters that want to rid the world of this evil.

There are lots of cool features in this game, such as the varied objectives available and the high level of customization for both the monster and the hunters, but the most interesting feature is how different the monster plays from the hunters.

This is because whilst the monster is alone, it starts out with a lot of information that the hunters don’t have, making for a tense game of cat and mouse. The monster starts out in a hidden state, with no model on the board, and controls its movement and actions by noting them secretly on a piece of paper. In the meantime the hunters are going around trying to find him before he completes his secret objective.

It’s this disparity of information that leads to some really interesting situations, with the monster hiding in the shadows and then jumping out to devour a hunter before hiding again. Really exciting stuff!

We can imagine it being very interesting to try out the game with multiple players each controlling a hunter, or even adding in a second monster for more mayhem.

Super cool game, definitely give it a try: https://rabid-tucan.itch.io/the-night-of-the-hunt

Mechanichrome also executes beautifully on the concept of asymmetric design, but takes it in a very different direction, with one player taking control of a band of explorers, whilst the other player acts almost as a GM, preparing the ruins with traps and using the guards that protect the data treasure.

What makes this game really interesting is that almost everything is controlled via a deck of cards, from exploring new parts of the ruins to attacking or grabbing treasure, and the interactions between the cards can add really interesting twists to how the game plays out.

Add a high level of customization of explorer stats as well as lots of different guard types and other threats, and you’ve got yourself an exciting game of exploration and high stakes combat.

Grab yourself a deck of cards and check it out: https://ansr-games.itch.io/mechanichrome

Super Ranger Squadron immediately caught our eye thanks to its colorful sentai setting, but actually ended up having us hooked to its suit-based card mechanics. The game has interesting asymmetric design with one player controlling 5 customizable rangers, whilst the other player controls endless waves of bad guys.

The rangers have special powers that are only activated when a specific suit is drawn, and their goal is to remove specific cards from their deck, lowing their overall strength but bringing them closer to their objective. The bad guy on the other hand has a random objective that he has to complete, whilst trying to stall the rangers long enough so that they can’t assemble all aces and joker.

This game is really interesting because everything is controlled via a deck of cards, and it also has lots of fun mechanics on top of that, such as the bad guys picking up rangers and running off with them. :D

Assemble your rangers and give it a try: https://starhunterblue.itch.io/super-ranger-squadron

Finally we’ve got to mention Vostok, which even though didn’t really follow the asymmetric design theme was far to interesting for us to pass by in this highlight section.

Vostok is a solo survival game set in a post-apocalyptic frozen wasteland. Players start off by creating a custom tribe and then set out to explore the wasteland during the day, and then do upkeep at night.

The game uses a really interesting 2D6 system for all of its actions, with the wasteland “reacting” based on the rolls, which makes for very tense exploration where every roll could bring out new dangers. Then during the night your tribe members advance their abilities, and they can even conceive children which grow up and can go out on missions as well once they’ve become adults.

This game is filled with interesting ideas, and we highly encourage the creator to keep working on it, because this could become something epic (feel free to drop us an e-mail if you need any advice).

Get ready to die in the cold and check it out: https://codexier.itch.io/vostok 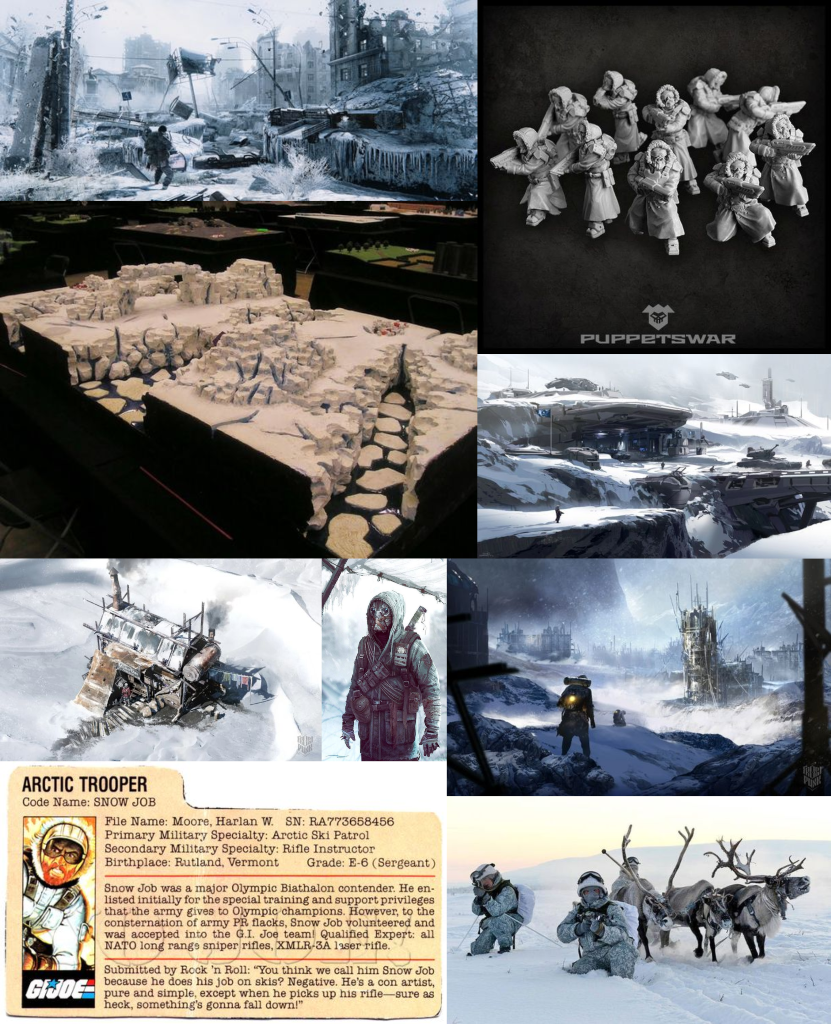 This model was made in collaboration with ThatEvilOne, check out the Patreon here: https://www.patreon.com/thatevilone

Ratmen Shamans are powerful sorcerers, able to cast ancient spells that spread disease among their foes, or pulverize them with crackling lightning bolts.

Note that you must be a Tier 3 patron to access to the link above.

This model is going to be available exclusively on Patreon until the 30th of May, after which it will go up for sale on our CGTrader store at a higher price.

Throughout the galaxy vast armies of Alien Hives seek to devour everything in their path, posing a serious threat to all species (which just look like tasty meals to them).

These models are going to be available exclusively on Patreon until the 30th of May, after which it will go up for sale on our WargameVault Store at a higher price.

To get you started immediately here’s a ~750pts list you can use to play with these models:

Do we really need to say more? 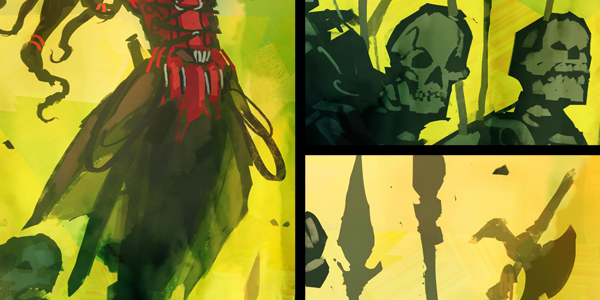 That’s it for today, tune in next week for something really cool! :D